Abdelrahman completed his MEng (Hons) in Mechanical Engineering with Honours in 2019 at City, University of London followed by an MSc in Racing Engine Systems at Oxford Brookes University in 2020. During his time of studies, Abdu was highly involved in IMechE Formula Student, being an active member in City Racing's ICE Team and Oxford Brookes Racing's Electric Team. Starting the second year of his undergraduate degree as a design co-ordinator, he took on positions of Powertrain Lead and Team Lead in his final years at City. In addition to timekeeping, procurement, team integration and ensuring deliverables are met, part of his responsibilities included design, optimization of Intake and Exhaust Systems and Integration of a small-scale Electric Supercharger. At Oxford Brookes Racing, his responsibilities included design, development and integration of OBR20's epicyclic gearbox. He spent his summers working alongside industry engineers at Mercedes-Benz, Daytona Motorsport and Honda Motorcycles where he gained invaluable experience in automotive engine design, manufacturing, and maintenance. His interest in Digital Systems, Control and Optimization developed while working on his MSc thesis at Brookes, investigating Machine Learning Algorithms to Predict and Reduce Emissions in a GDI Engine with Positive Valve Overlap for Racing Applications. Within AAPS-CDT, Abdu sees a valuable opportunity to play a major role in tackling the rising sustainability issues and help provide a cleaner future for successive generations.

Abdelrahman's PhD will address the shortcomings associated with the conventional map-based controller design and calibration practices used in powertrain development. It will provide novel, futuristic, non-linear physical causality predictive modelling and experimental approaches for system identification to conclude a real-time capable control system. The project will be undertaken in collaboration with Koenigsegg Automotive AB and Freevalve AB on the novel cam-less engine technology, Freevalve, facilitating major efficiency and power improvements for future powertrains. It will enable the full exploitation of the technical potential of a camless engine and the reduction of harmful gaseous and particulate matter emissions, putting the technology in a market-leading position ready for large-scale implementation.

A record of conference participation

Abdu has recently published papers on his research journey

A record of professional development activity 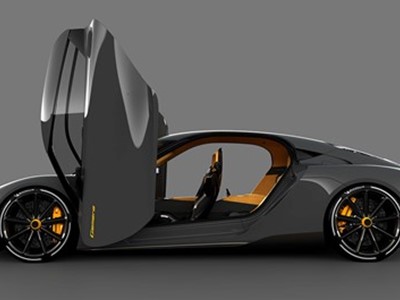