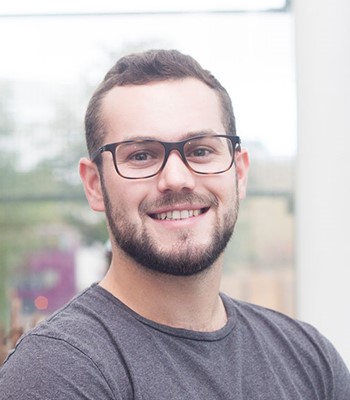 Alex graduated from the University of Bath in 2019 with an MEng (hons) in Integrated Mechanical & Electrical Engineering. Throughout the degree, his passion for internal combustion engines was perpetuated by various courses and projects, especially during his final two years with Team Bath Racing (TBR) - Bath’s ICE Formula Student Team. During his penultimate year, he worked on Engine Simulation and Intake System Design, which he used to optimise the boosting system used on the car. In his final year, he assisted in Engine Mapping whilst designing and manufacturing the wiring harnesses and PCBs for the various control systems on the car. Whilst at competition, he gained valuable insight to the demands of running a race team as he continued to tune the engine and control system set-ups for each event. He hopes to use his passion for ICEs to deliver ground-breaking research as part of the AAPS CDT into futuristic hybrid powertrain systems.

Alex's PhD project will investigate the performance of the machine firstly as a combustion engine, including possibilities afforded by the flexibility of the piston motion, to in turn establish the requirements placed on the electrical components, and then secondly model these to gauge the feasibility of the whole device.  Control requirements will also be studied, including the potential benefit of using “bounce chambers” for instantaneous energy requirement reduction, and the use of pumping chambers for scavenging air supply the cylinders.

Alex is completing his PhD by publication

A record of conference participation

A record of professional development activity 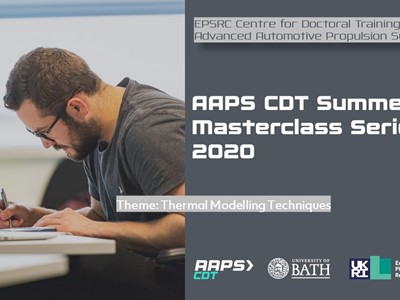 Earlier this year the AAPS CDT hosted a number of Summer School Masterclasses. This was the first year of the AAPS Summer School; the t… 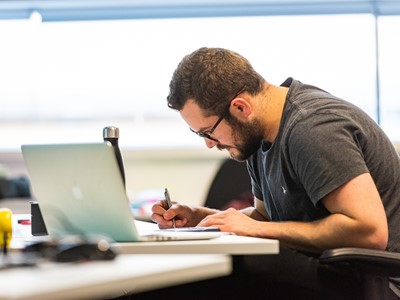